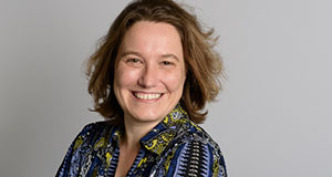 Katja Loos, Professor of Macromolecular Chemistry at the University of Groningen, has been elected as the President of the European Polymer Federation (EPF) for the period 2023-2025.

Katja Loos is Professor at the Zernike Institute for Advanced Materials of the University of Groningen, holding the chair of Macromolecular Chemistry and New Polymeric Materials. She specialized in Organic Chemistry and Polymer Chemistry during her university studies at the Johannes Gutenberg Universität in Mainz, Germany and the University of Massachusetts in Amherst, USA. She moved into the field of Enzymatic Polymerizations during her doctoral research at the University of Bayreuth, Germany and the Universidade Federal do Rio Grande do Sul, Porto Alegre, Brasil. After a postdoctoral research stay at Polytechnic University in Brooklyn, NY, USA she started an independent research group at the University of Groningen. Katja Loos pioneered the field of enzymatic polymerization, especially the biocatalytic synthesis of polysaccharides and polyamides, and the synthesis and self-assembly of PVDF containing block copolymers. Already early in her career Katja Loos was awarded two travel scholarships of the German Academic Exchange Service (DAAD) and she received the very prestigious Feodor Lynen Fellowship award of the Alexander von Humboldt Foundation to conduct her postdoctoral research. During her independent research career, on the basis of her unique approach in combining modern polymer synthesis, (macro) molecular self-assembly, and utilization of the arising structures the Netherlands Organisation for Scientific Research (NWO) has awarded her the prestigious VIDI grant in 2009 and VICI grant in 2014 and the German Research Council (DFG) the Eleonore Trefftz guest professorship within the scope of its excellency initiative. Among others she was awarded the Friedrich Wilhelm Bessel Research Award of the Alexander von Humboldt Foundation, the IUPAC Distinguished Women in Chemistry and Chemical Engineering Award and the Team Science Award of the Dutch Research Council (NWO). Katja Loos is a Fellow of the Dutch Polymer Institute (DPI) and the Royal Society of Chemistry (RSC). 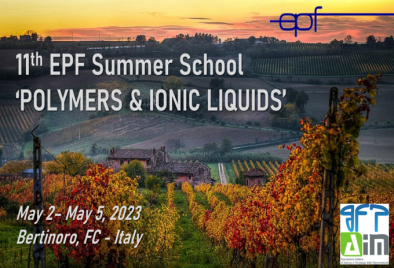 The European Polymer Federation (EPF) in collaboration with French Polymer Group (GFP) and Italian Association of Macromolecular Science and Technology (AIM) is honored and pleased to announce the organization of EPF Summer School on "Polymers & Ionic Liquids" (EPF School 2023) to be held Bertinoro (Italy), May 2-5, 2023). (https://aim.it/epfschool2023) 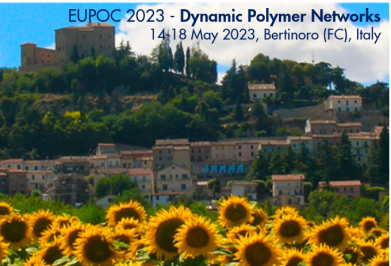 The European Polymer Federation (EPF) in collaboration with Ghent University, Université de Lyon 1 and Italian Association of Macromolecular Science and Technology (AIM) is honored and pleased to announce the organization of EUropean POlymer Conference on "Dynamic Polymer Networks" (EUPOC 2023) to be held Bertinoro (Italy), May 14-18, 2023. (https://www.aim.it/eupoc2023)

Events under the auspices of EPF

stay up to date with the EPF newsletter!

write an email to generalsecretary@epfwebsite.org